DON'T LET THIS HAPPEN TO YOUR CLIENT!!! 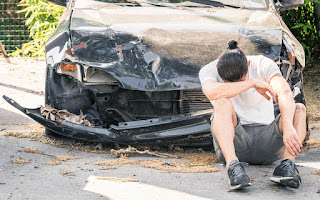 This week I was contacted by the father of a young man, let’s call the young man Joe who is age 20.  Joe had suffered a traumatic brain injury as the result of an auto accident and had received a settlement of $50,000.  Joe’s father was concerned because Joe had already blown through half his settlement in a month due to his discovery of cocaine, which some new “friends” he was spending a lot of time with introduced him to.

Joe’s father had heard of something called a Structured Settlement, which he thought may help preserve the remainder of Joe’s settlement from being squandered.  Structured Settlements are a financial vehicle which have been around since the 1980’s that facilitate receiving a legal settlement with interest income tax free over time and can sometimes have benefits over receiving the settlement all at once in a lump sum, as in this case.

Joe’s father contacted me because my firm, White House Settlement Consulting that I founded in 2001, has been helping injury victims achieve their goals using Structured Settlements for almost 20 years.  I had to unfortunately inform him that due to the laws governing Structured Settlements, once the funds have been received by the claimant it was too late to set one up after the fact and his only option to gain some control over what was left of Joe’s settlement was to become Joe’s conservator through the courts, which was unfortunately a potentially long and expensive process.
I asked Joe’s father if Structured Settlements were considered during the settlement process, and he said that he thought they were, however, they were not correctly explained to Joe, who thought that they were bad because only someone representing the defendant auto insurer, who he was suing, tried to explain them to him.  Joe’s attorney also told him that because “interest rates are too low”, and his settlement was on the “small side” he’d be better suited taking his entire settlement as a lump sum!   I ask you which is better: a higher interest rate on ZERO or a lower interest rate on SOMETHING?  In addition, we have done hundreds of Structured Settlements for as little as $5,000 to $10,000 as long as it makes sense for the client.

Unfortunately, after doing this for almost 20 years this is not the first time that I have heard this sad story!  This is why if you are an attorney representing injured clients, an injured client, or know someone who has been injured PLEASE obtain your OWN Structured Settlement consultant who represents YOU and the CLIENT’S interests and can explain the advantage and disadvantages of a Structured Settlements AT NO COST TO THE CLAIMANT OR THEIR ATTORNEY!  We are trained to properly explain not only Structured Settlements but all financial instruments to clients and to design financial plans that will help them achieve their goals.  Also, if you are the parent of an injury victim it gives you more control over the distribution of the settlement than a lump sum.
Lastly, please make sure that all the financial options for the settlement are explored PRIOR TO SETTLEMENT so that options like the Structured Settlement are still available!   If the client still chooses a lump sum, at least you have done your due diligence and presented them with all their options using a qualified representative that represents their interests and not the insurance company’s.

If you or someone you know has been injured and has questions on the financial options available to them for a potential or actual settlement we would be honored to be of assistance.  We can be reached at (734) 433-1670 or cyril@whitehousellc.com.

Popular posts from this blog

September 07, 2021
I hope that you are doing well! We just FINALLY completed the settlement of a case for a minor (age 17) that we were initially engaged by our plaintiff attorney client in February 2021, to provide structured settlement annuity quotes! Although the claimant was very close to the age of majority the key to the case was not giving him all of the settlement proceeds, which was over $120,000, at age 18. Having been in this business for over 20 years I cannot tell you the number of sad cases we have witnessed where the young claimant receives their settlement proceeds at age 18 only to blow through all the funds before anyone can blink and make bad decisions with the proceeds! This case involved two liability insurance carriers Liberty Mutual and Member Select. We coordinated multiple rounds of document revisions and had to have a separate set of different documents for each insurance carrier. In addition, one of the carriers would not fund the annuity until we had a fully executed court ord
Post a Comment
Read more

September 18, 2021
We recently were engaged by the Guardian Ad Litem (GAL) in the case of an 11 year old boy who was struck by a care while riding his bike.  The father of the boy settled the case directly with the liability auto insurance carrier pre-suit and the GAL contacted us to ensure that the boy's settlement funds were handled appropriately. The case settled for a total of $65,000 and $59,000 was being allocated to the structured settlement annuity for the boy as follows: $5,000 paid immediately upon settlement $10,000 at age 18 $20,000 at age 21 $25,000 at age 25 $35,718 at age 30 this is total benefits of $95,718! The annuity was placed with a large life insurance company rated A+ by the A.M. Best rating agency and provided the family and GAL with the peace of mind that the young man would not receive the entire amount at age 18. In addition, due to the use of the structured settlement annuity, all of the interest gained during the payout period ($31,718 to be exact) is INCOME TAX FREE!  T
Post a Comment
Read more

January 18, 2016
We had an awesome time at the Michigan Association of Justice Worker's Compensation seminar where Cyril spoke on the best strategies for using structured settlements in Worker's Compensation cases. Click the link below to watch the short video of his presentation!   Click Here to Watch Video! www.whitehousellc.com
1 comment
Read more

Cyril White - White House Financial LLC
As the founder and Managing Director of the Firm, Cyril is responsible for setting and managing the implementation of the strategic objectives of the Firm to retain long-term and quality clients by helping them achieve peace of mind and a simpler life in the attainment of their financial goals and/or overcoming financial challenges.